Submit Race
to Calendar
Are you looking to promote a running event? Adding your event to JogRunRace will be make it easily discoverable by our runners. You can add your event to our calendar for free.
5K
10K
Half Marathon
Marathon
Tips for the New Overweight Runner
How to Find the Perfect 5k for Your First Race
How to Transition From Traditional Running Shoes to Minimalist Running Shoes
Barefoot Running 101
Running and Stress Fractures
How to Lose Weight at Work: Easy Ways to Shed Pounds at the Office
Do You Really Need the Gym to Stay Fit?
Is Running Bad for Your Joints?
How to Run Hills Quicker
Stretching Before Running: Is It Smart?
How to Improve Your Running and Develop Strength and Stamina
Treadmill vs. Outside Running: Which is Best?
See More Articles
Race Finder
Pace Calculator
Tip Of The Day

Add some variety to your exercise routine. Run one day and strength train the next. This will not only hold your interest in the workouts longer, but it will give your body the time it needs for recovery. Additionally, you are covering more muscle groups throughout the body and keeping the workouts motivating and different.

To build up endurance for your 5K race include some interval training as part of your regimen. Use hill sessions and up-tempo to your runs to do this. Hold a steady running pace where you do not feel like you are just about to die, but that you can keep going.

Head to the track for shorter interval runs while learning to pace yourself. Learn to conserve your energy during the first part of the race and then to let go in the second half so you can make it to the finish line of you 5K race. 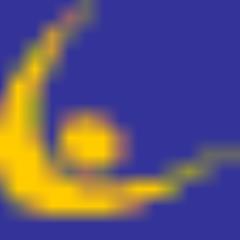 The Westford 5K is a fast, USATF-certified clockwise loop course that begins on Fisher Way near the Abbot School, a wide starting area. The 5K runners start at 2:20 p.m. heading south toward the town green. (The 10K, starting five minutes later, will begin by heading the opposite direction on Fisher Way.) All three events will be on closed, traffic-free courses, part of an exciting town happening. Both the 5K and 10K head toward the town common—quintessential New England—passing the Community Center and Town Hall on Main Street, then the 5K splits left on Lincoln Street, after which it crosses to Hildreth Road. There is a right turn on Flagg Road at 1.62 miles, heading northwest. At 2. 57 miles the course joins Forge Village Road, which then becomes Main Street. Then there is a fast, straight finish to the front of the J.V. Fletcher Library adjacent to the northern tip of the triangular town common.

The 10K follows some of the same rural roads, but is primarily a counter-clockwise loop which splits right at the common, heads west on Forge Village Road, followed by a left on Cold Springs, a right on Patten, and a hard left on Concord Road (Route 225). The half way mark is just beyond the turn onto Concord Road. There is a left on Hildreth at 4.15, and another left on Flagg a half mile later. From the turn on Flagg the course is exactly the same as the last 1.5 miles of the 5K, and to the same fast finish line.

Westford center sits on a ridge, so upon leaving the center there is some downhill, and upon returning to the common there will be a general up slope. But the last half mile is generally flat and very fast.

Packet pickup/late registration will be at Abbot School from 11:30 am – 2:00 pm sharp on race day.  You will be given an envelope containing your assigned bib number and ‘B’ tag computer chip. Your bib must be clearly visible on the front of your torso. Do not fold or wrinkle your bib number. Pin your bib number down on all four corners. Make sure you do not cover your bib number with anything (for example: jacket, belt or water bottle).  You must cross over the special mats at the finish line for accurate times.

Browse Races in Massachusetts By City

6 Running Motivation Tips to Avoid Runner's Slump
Running is one of the best cardiovascular...

The Art of Choosing Women’s Running Shoes
If you’re an enthusiastic female runner, you...

Jog Yourself Sexy
Jogging makes you fit and healthy, but also...

Working Out: How Many Calories Do You Really Burn?
Some workouts burn more calories than others....

Tips for the New Overweight Runner

Runner’s Lingo
Shedding some light on few phrases used by...

How to Avoid Shin Splints
If you run, you’re at a high risk for shin...

Do You Really Need the Gym to Stay Fit?
In recent times, the increasing craze about...

How to Burn More Calories Running
Running is one of the best exercises around...

Copyright © 2020 JogRunRace.com. All rights reserved.
Report a problem with this page